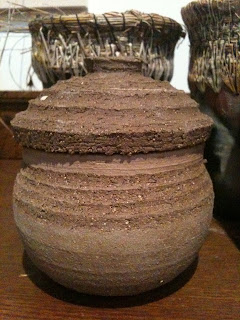 Well it's been an odd kind of week here....we have been completely knocked by a nasty virus in this house but I was keen to keep a few things going as I am going to a ruku kiln build and firing in a couple of weeks and the need to get some work made and fired was strong in my heart and mind ...."make....maKE ....MAKE " came the drum beats in my mind. So in amongst the fever and the head ache and the tons of tissues I did managed to get 3 little fellers made... but at a price and I have been rendered "unable" ever since finishing them :( 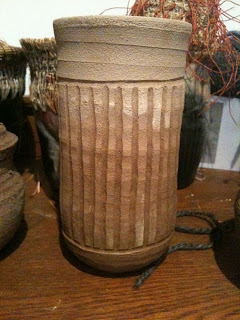 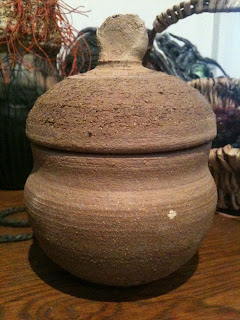 My other BIG news this week was that my 2012 wearable art piece was accepted into WOW
in the second round of judging. The way it works is that international entries go through 3 judging rounds.The 1st is by photo. If they like the image the work can be freighted over by sea to Nelson NZ. Once in Nelson they are judged once again with the other NZ entries and of course all the entries from around the world.
There are amazing designers from Alaska,Canada,USA, UK, India, China and many more.
So many places and they gather at this amazing event in New Zealand.
So here I am, lucky enough to be a finalist again this year.
That means that I am through to the 3rd round of judging.
The costume is now shipped to Wellington in the North Island were it will be in a huge show with an audience of over 40,000 people, yes that is not a typo 40,000 people go to this show over 2 weeks.
It is a huge and spectacular event.
This is when the final judging takes place and the costumes are seen in choreography and wonderful lighting.
I have been a finalist 5 times now, I have never won a prize but just getting to this point is prize enough for me. 2 of my previous entries have been purchased by WOW for their collection so it has become an annual event that I try to be a part of ....but can't always get things done in time. 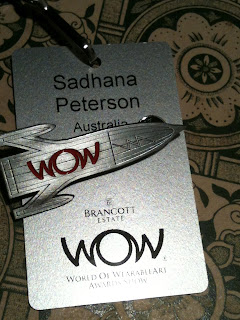 Once selected for the show the designers are sent name tags and badges.
Each year they are different so that you can sport the badges like medals on awards night..
rocket ship this year ;)
So it is all rather exciting for this little mamma bear in her little mountain studio retreat to head off to NZ for a wonderful international event like this ...all I can say is WOW 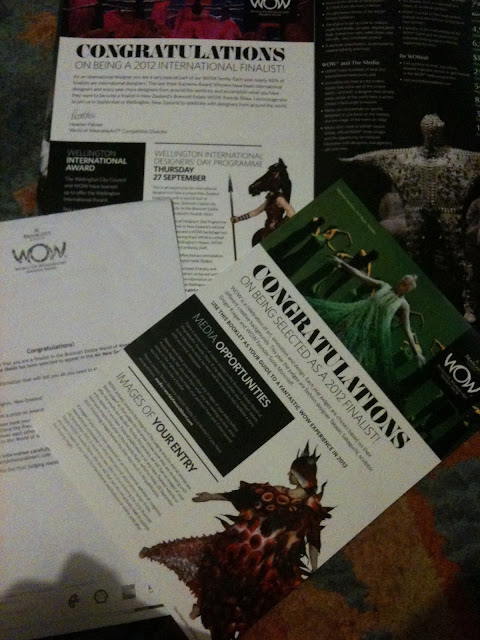 So you can expect an ongoing thread in connection with WOW over the next few months and you might think it is very disconnected with pottery....but it has more connection than you know.... but that will unfold down the track.....

The last bit of news is my web site is pretty close to done http://sadhanapeterson.com.au/home
so have a look and give me some feedback on what you think needs tweaking.


Better check out the MUD COLONY now for other interesting pottery storeys.
Posted by Sadhana Peterson at Thursday, July 26, 2012 3 comments:

Well here I am trying to get my old head around this new blogging system and I'm wondering if I am going to short circuit the whole blogging world by doing everything wrongly....AGGGHHH!
New website brain stretch and now a new blogging system....OH MY!
I have been working in the studio as well but feeling very stretched at the moment... 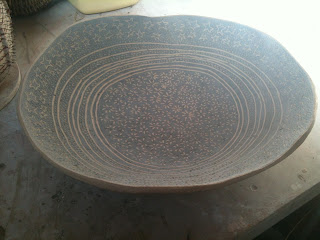 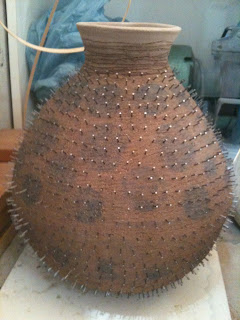 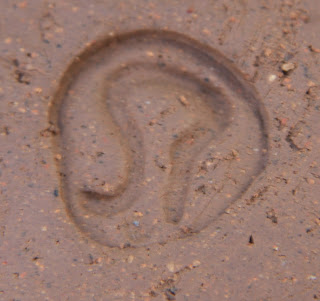 so here are some works in progress

This post is just to say "I am back!"
And get this Internet communication thing happening again and to see if it actually works.

You could also check out what other potters are doing at the Mud Colony http://mudcolony.blogspot.com.au/


New website is http://sadhanapeterson.com.au/home
but it is a work in process at the moment....

Please let me know if you can see and hear me,
Sadhana
Posted by Sadhana Peterson at Thursday, July 19, 2012 7 comments: