I have been on quite an adventure over the last couple of weeks.
In fact I think I am on the start of a very exciting new journey.

It was brought to my attention that Peter Rushforth's
big old gas kiln was needing a new home.

I have wanted a gas kiln for ever!

I chose to put an electric kiln into my studio when it was built
as my studio sits close to the fence line and to our neighbours house
so I didn't want to be making smoke that would be encroaching on their lives.
However having any sort of kiln in the studio was a bit of a mistake
and it really should have had a shed of its own elsewhere.
Never mind, it is a great kiln and I am very glad I have it.

BUT….. a BIG GAS KILN has been a dream that I thought
I would never be able to make come true.

Not really thinking that anything would come of it
I contacted the Rushforth family
and arranged to go and have a look.
There is no harm in having a look, is there?
I suspected that it would be very difficult to move if not impossible
I also understood that it was very old and well used which would,
potentially, make its moving to my studio which is situated
down a narrow sloping driveway, most impractical.

Here is what I found. 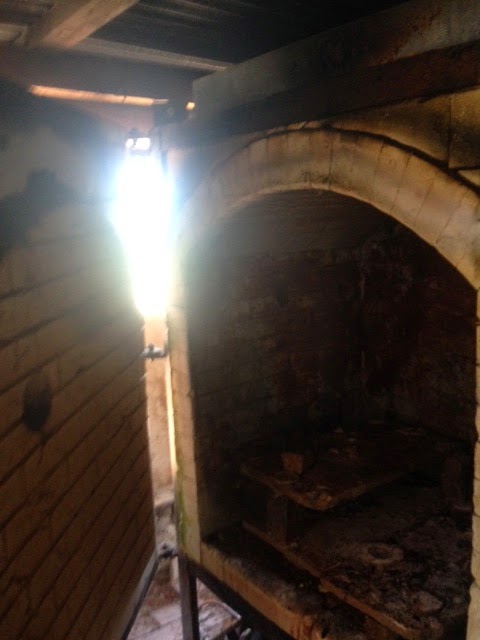 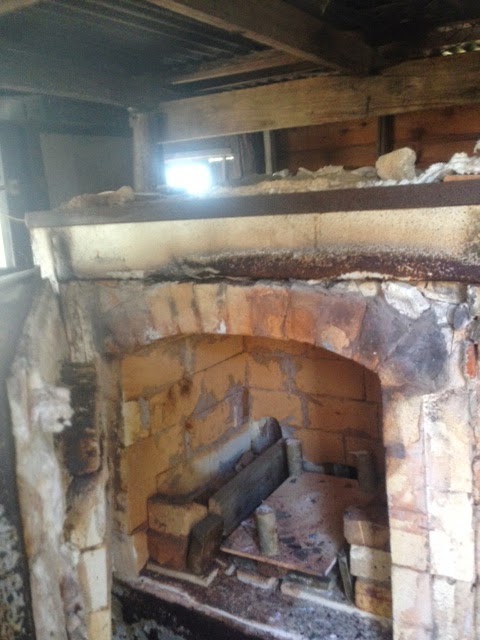 Both were looking as though they had worked
very hard for their productive master.

Peter insisted on taking me himself
to have a look at them so that he could tell me about them.
He said the big one is the best.
"Steve Harrison built it, he will tell you about it.
But you can't move it. It is too big."

However the new owners were
keen for the kilns to be removed.

The two kilns were located
in a little shed made of stone
and recycled lead light windows.
The roof rafters were lower than the
big kiln which sat between them.
This shed looked as though it had
been built around the kilns.
The smaller one would have to be moved
in order to get to the bigger one.

This move looked near impossible!
It seemed Peter may be right,
too big and awkward to move .

I started by calling a removalist
who I had used many times before.
He said he had moved several kilns before
and felt confident that he could do it and
he would charge me the same to
move two kilns as for one.

Unsure on how sensible it really was
to move either or both of these old kilns,
I called on the thoughts of various friends.
Asking,
'was this madness trying to persevere
with a relocation?
Was it worth the effort for a very old kiln?
Would it be very costly to get it working again?'
The opinions were equally for and against.

So I asked the removalist to come
and have a look in person.
If he couldn't do it then
it would be decided for me.
He said,
"Sorry, this would need a crane.
Two of us can move a grand piano
but we can't even move this a centimetre"
We agreed that the roof of the shed
would need to be removed
in order to lift the kiln out with a crane.

It was looking grim.

I went home and picked up a phone book
to see if I could find a crane service in the Blue Mountains
I felt sure that the quote would
be so huge that it would be ridiculous to go ahead with it.
But before I could open the book
the caretaker of the Rushforth property, Phillip Hay,
called me to say that a rigger friend had just come around
and he thought he may be able to organise it for me.

Excitement and terror took hold of me.
I spoke to Mick, the rigger, who had started
dismantling the roof as we spoke.
He gave me numbers for crane people
who he had worked for.

I asked the crane guys to come and check out our driveway
which I thought may also decide that it was not possible.
But when he arrived with his ginormous crane he said,
"aw yeah, we could do that ;)
Just trim off these branches and she'll be right."

SO!!!
It was all happening!

I collected all the kiln paraphernalia
loading my car to brim full and HEAVY! 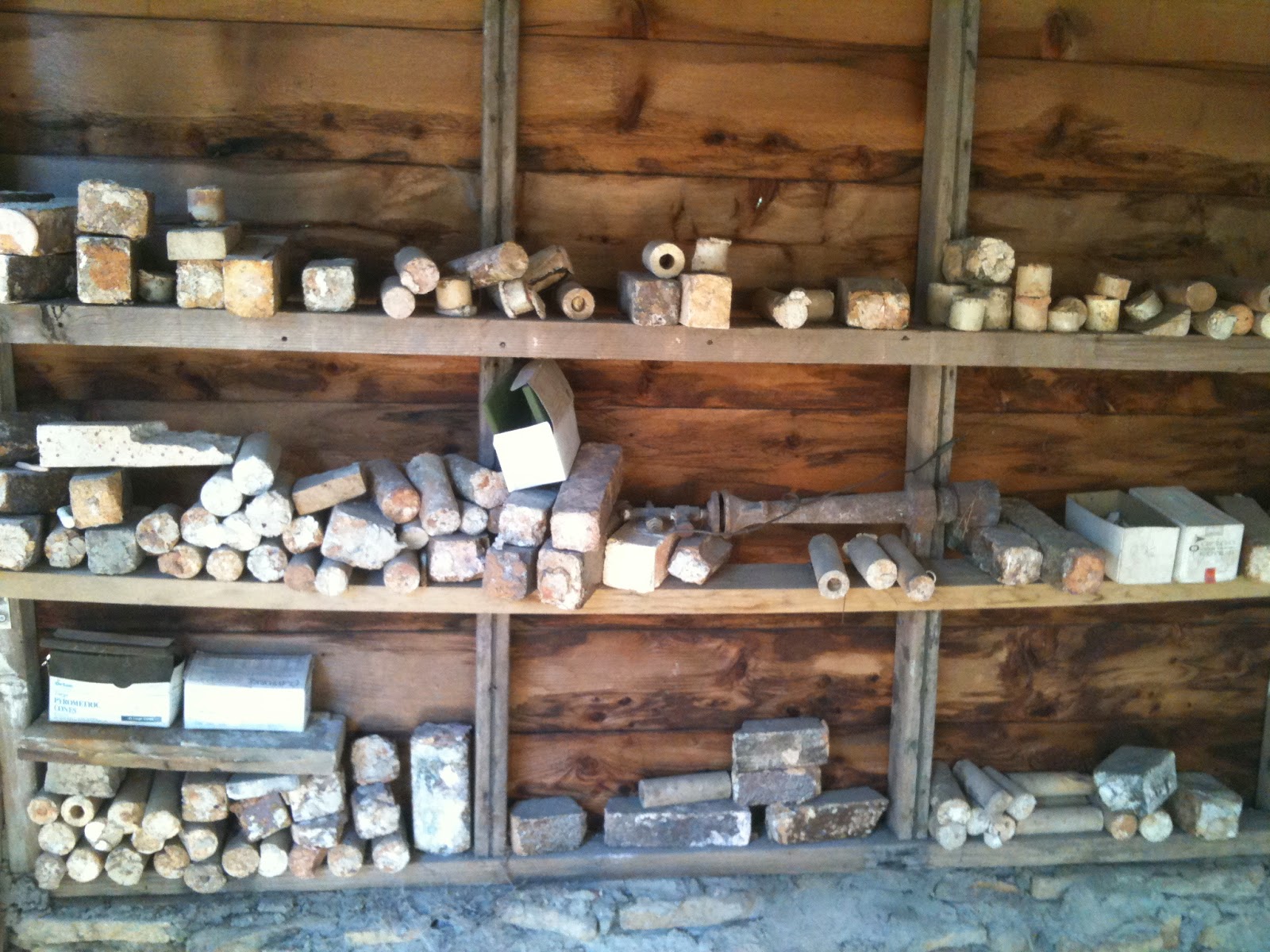 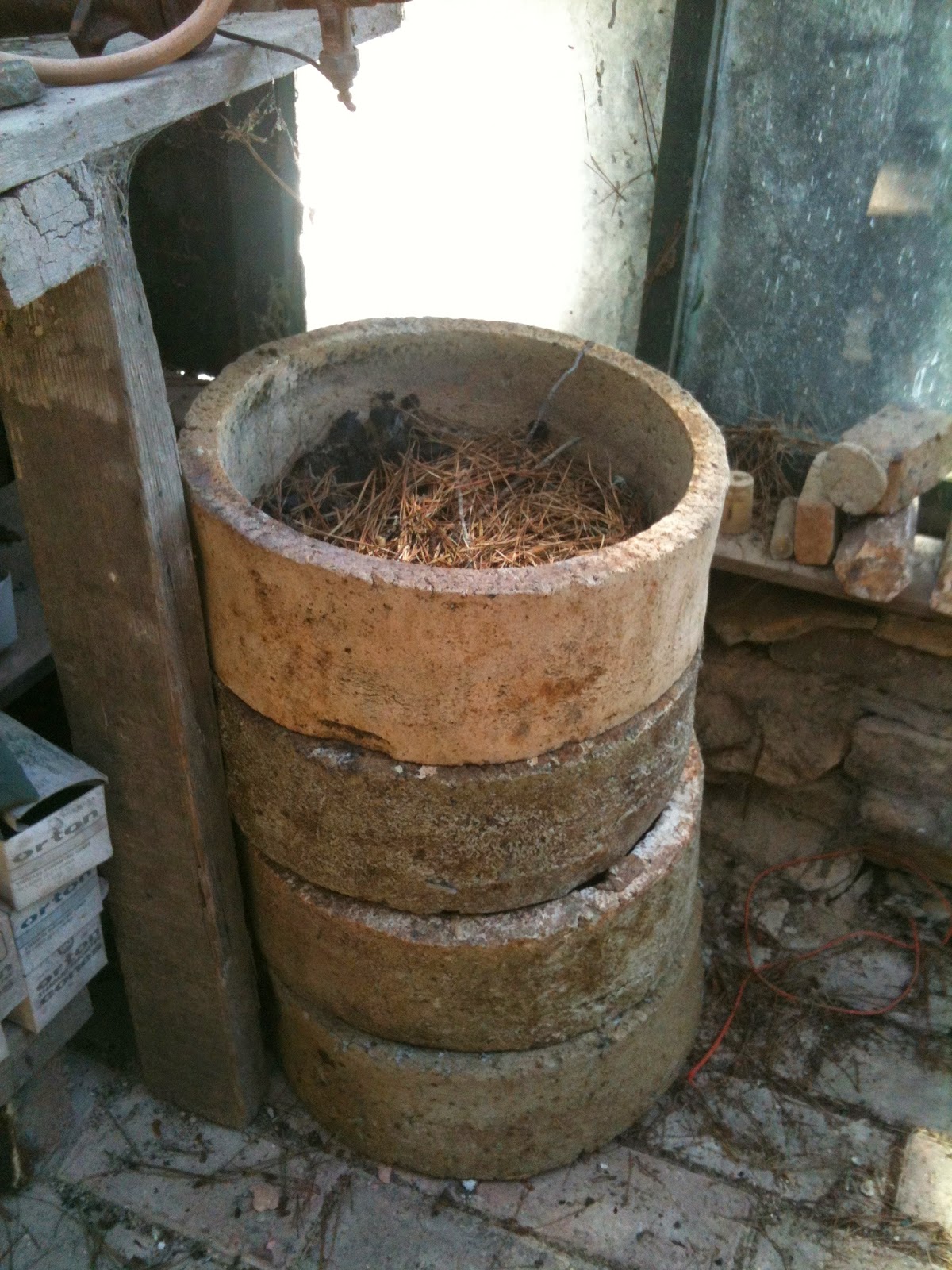 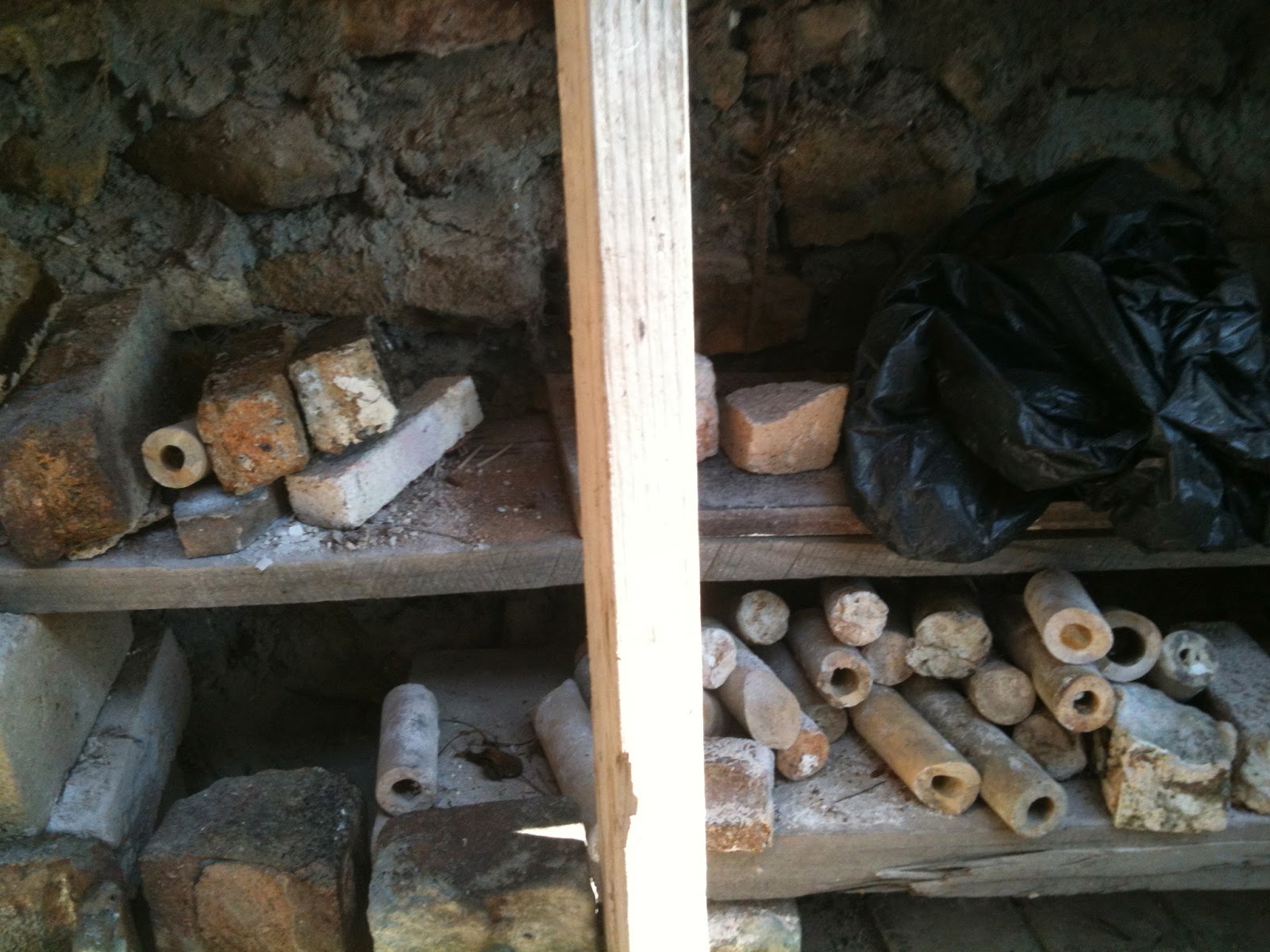 I cleaned out the kiln a little and
that was when I started to have that feeling
that I really was VERY excited
that this old gal was coming to stay with me. 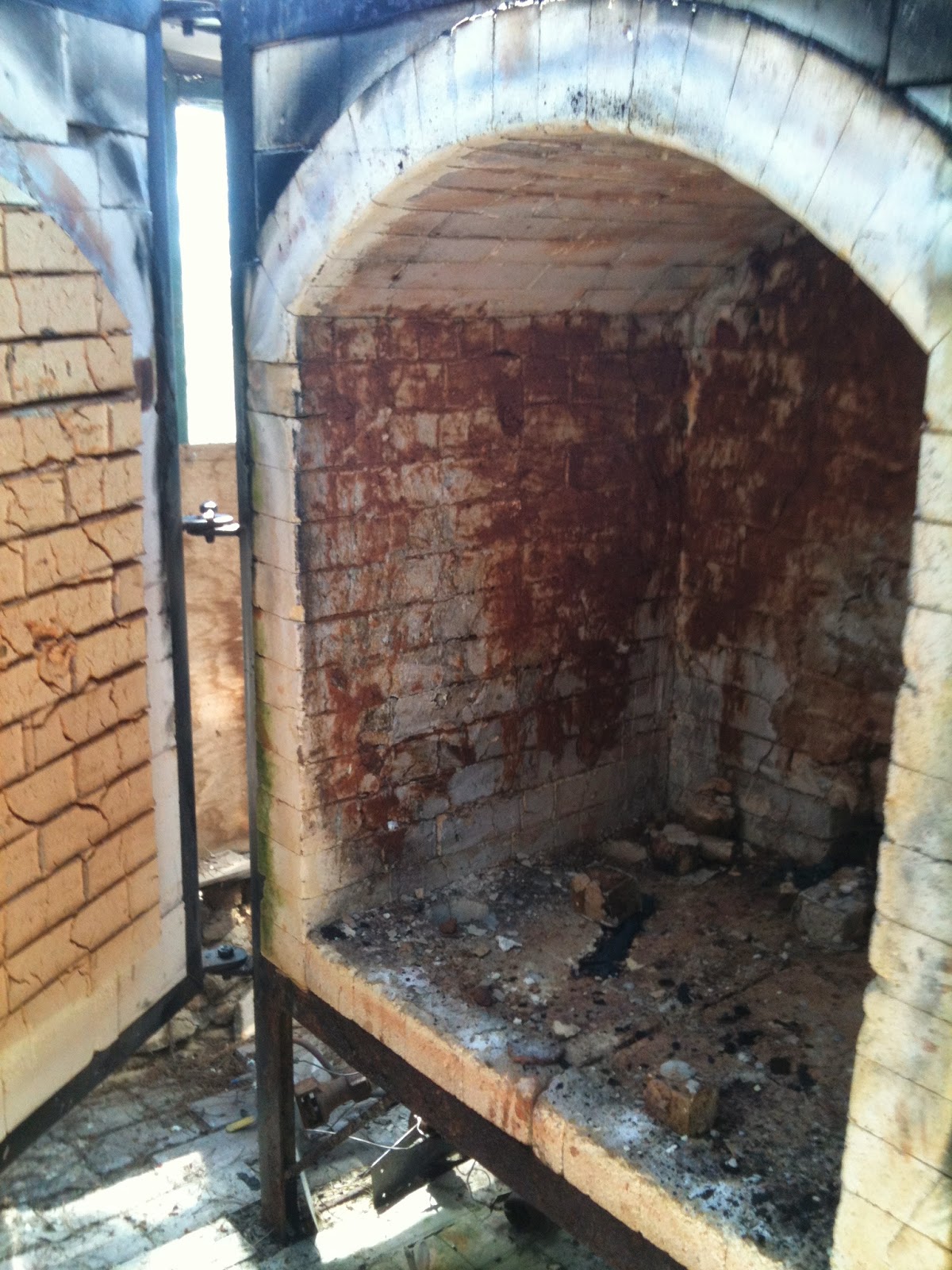 Phillip Hay built a fine wooden structure
inside the kiln to keep it secure in its travel…
for which I can not say thank you enough. 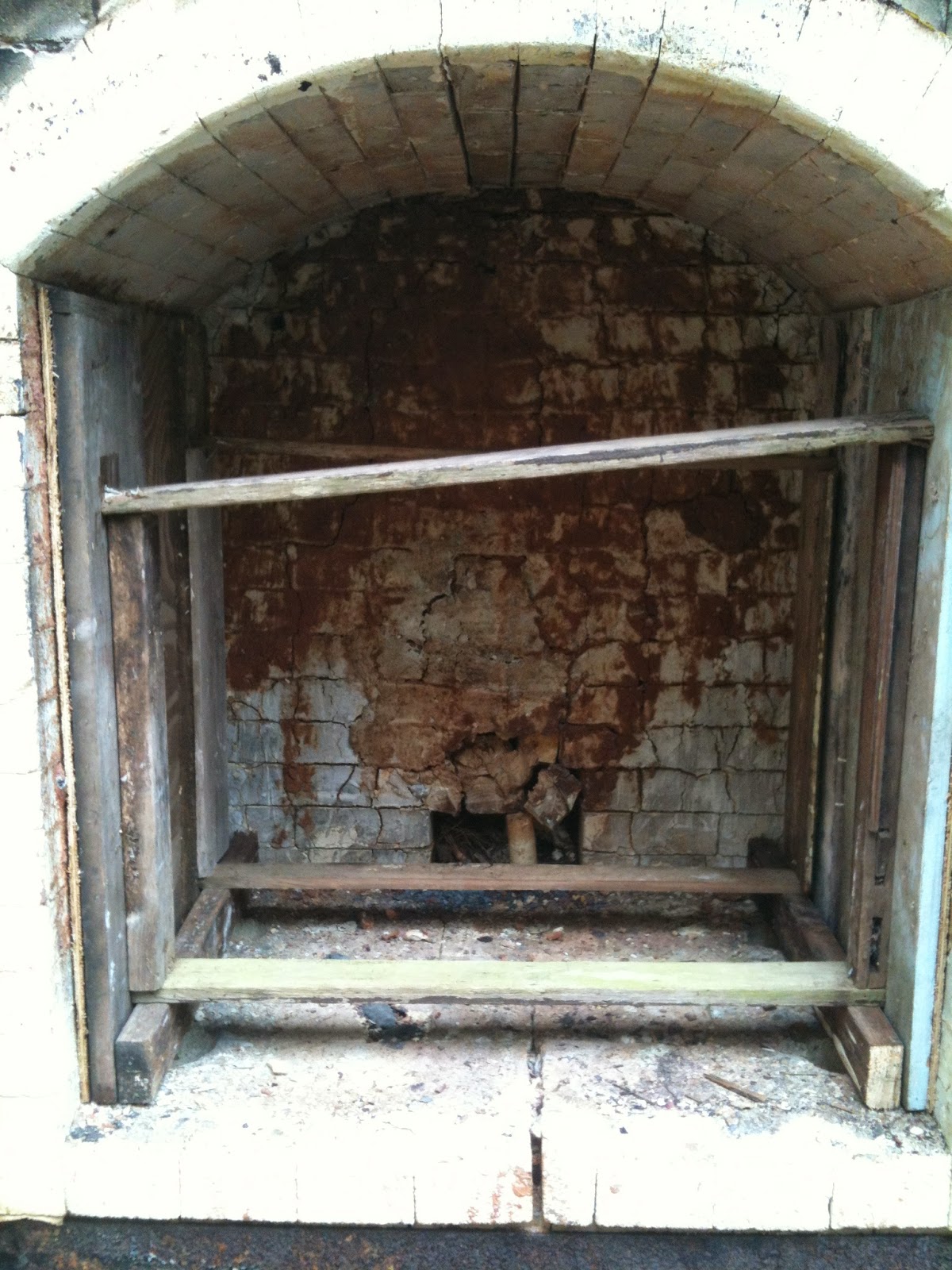 The roof was  removed and ready for the crane 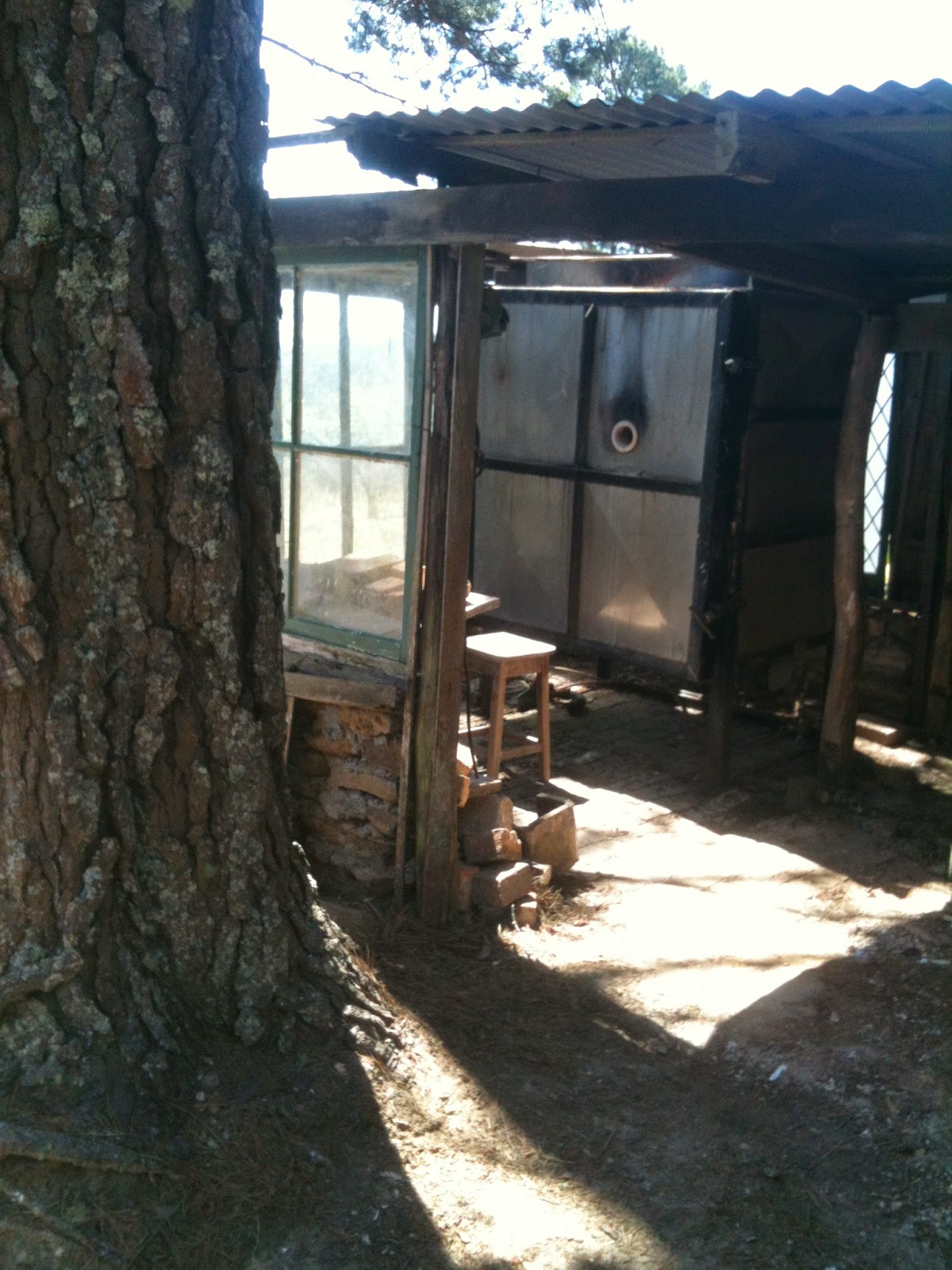 The smaller kiln had fallen to pieces when
moved and was taken to the tip.


Our next job was to make a spot
(a granny flat)
for this big ol' gal to be put to bed
in 'Lilli Pilli Studio'.

That's the trouble with projects like this….
one job leads to another!

We cut down branches to allow access for the crane. 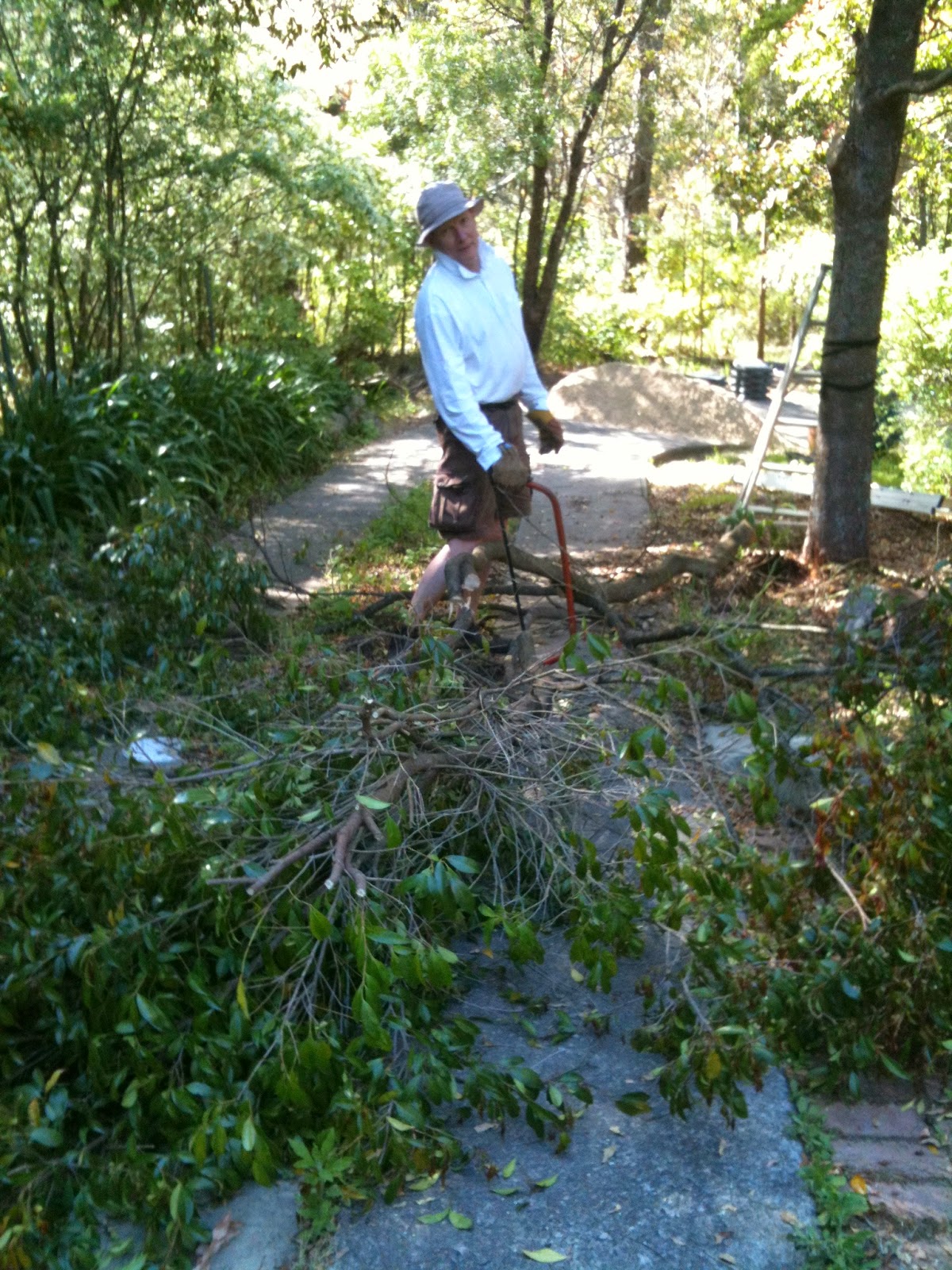 We dug out a thicket of bamboo 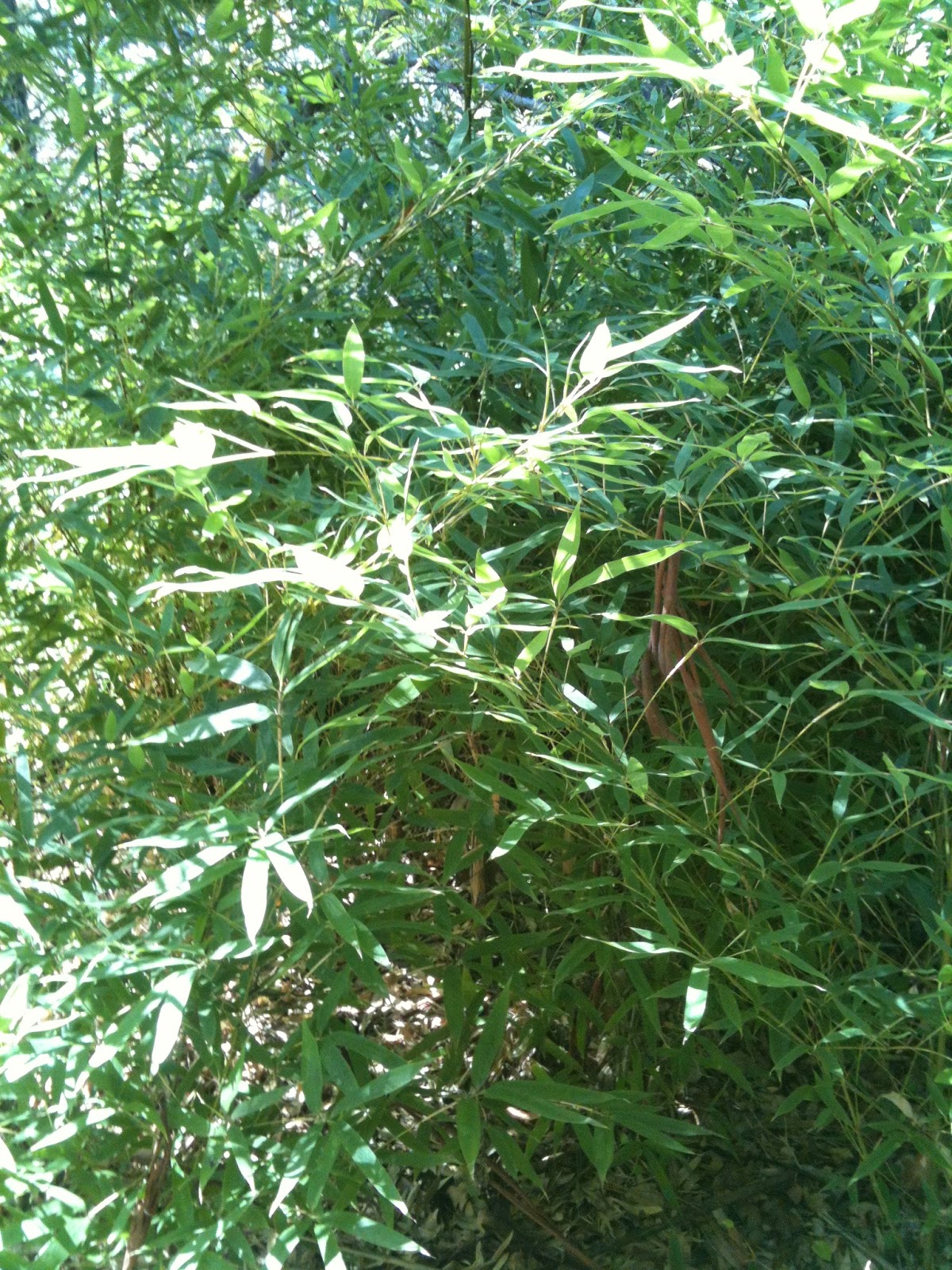 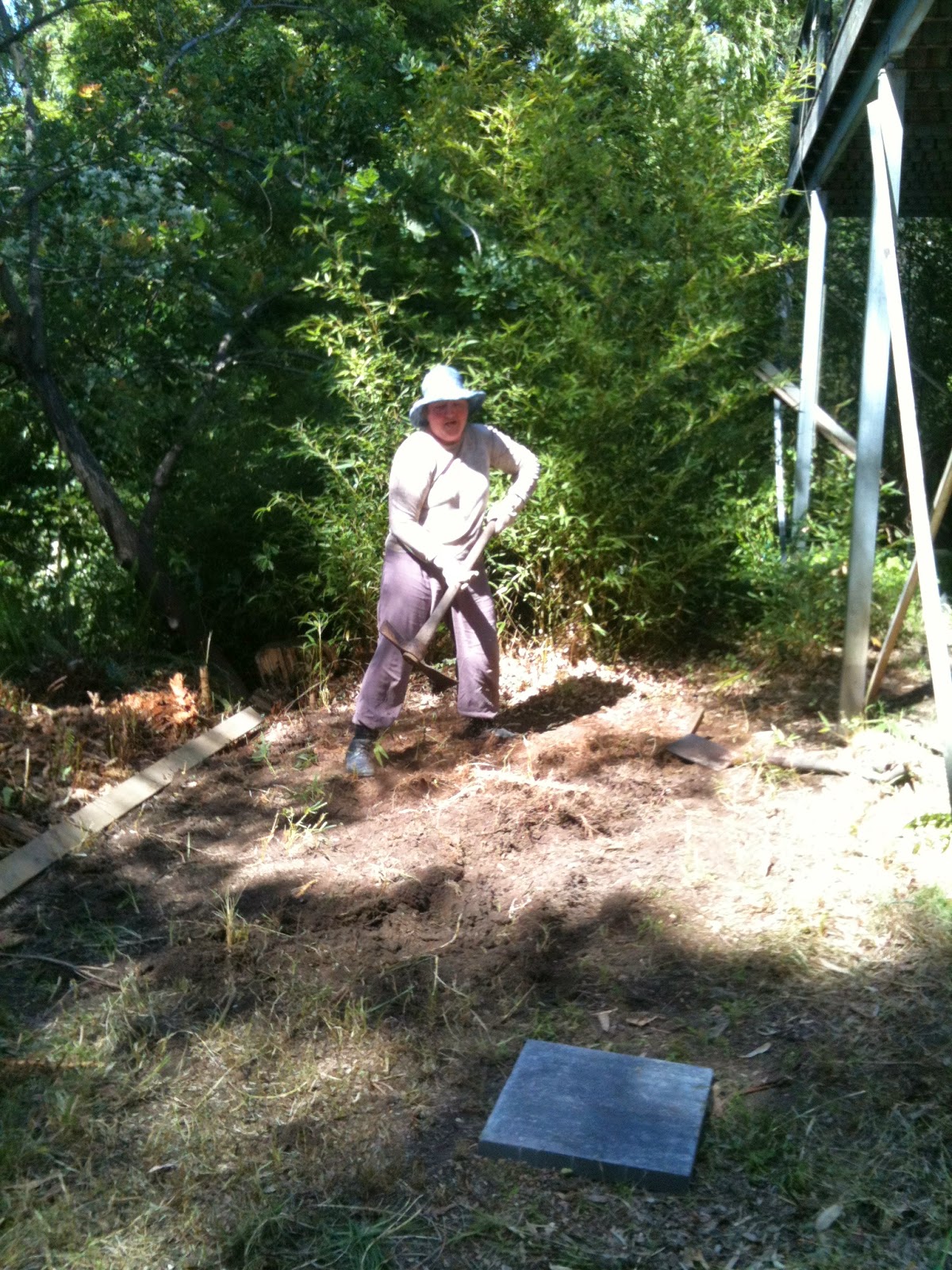 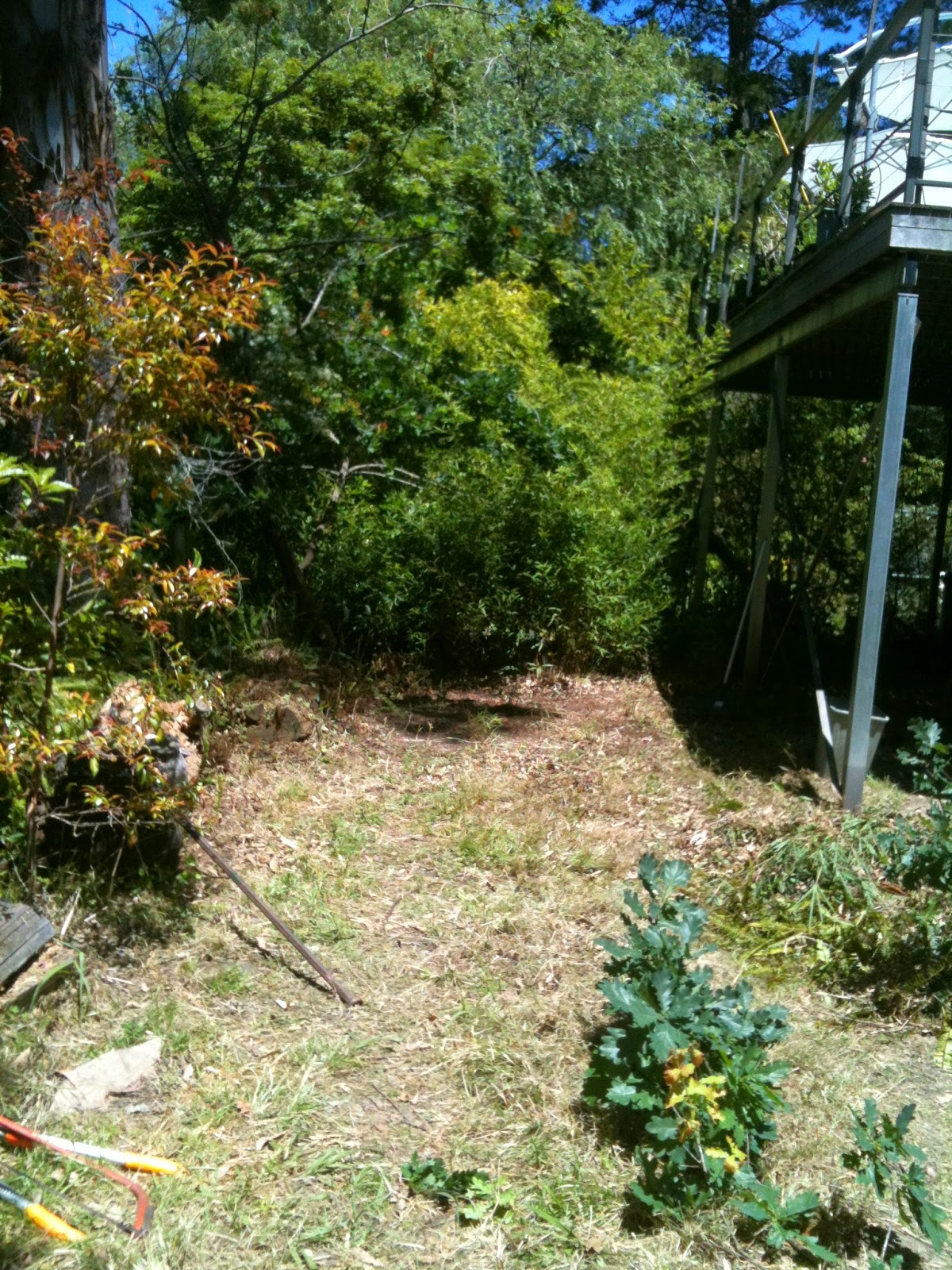 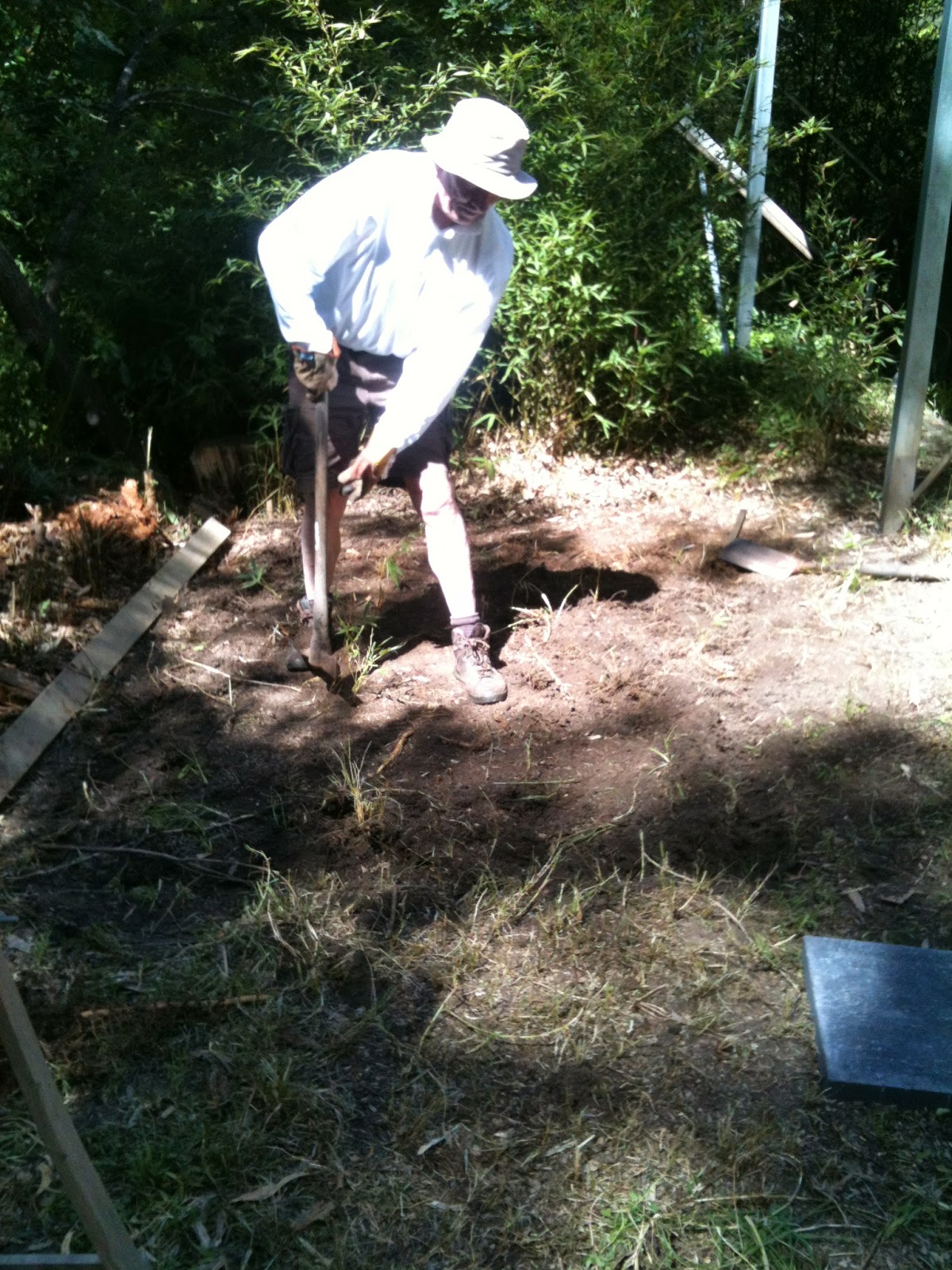 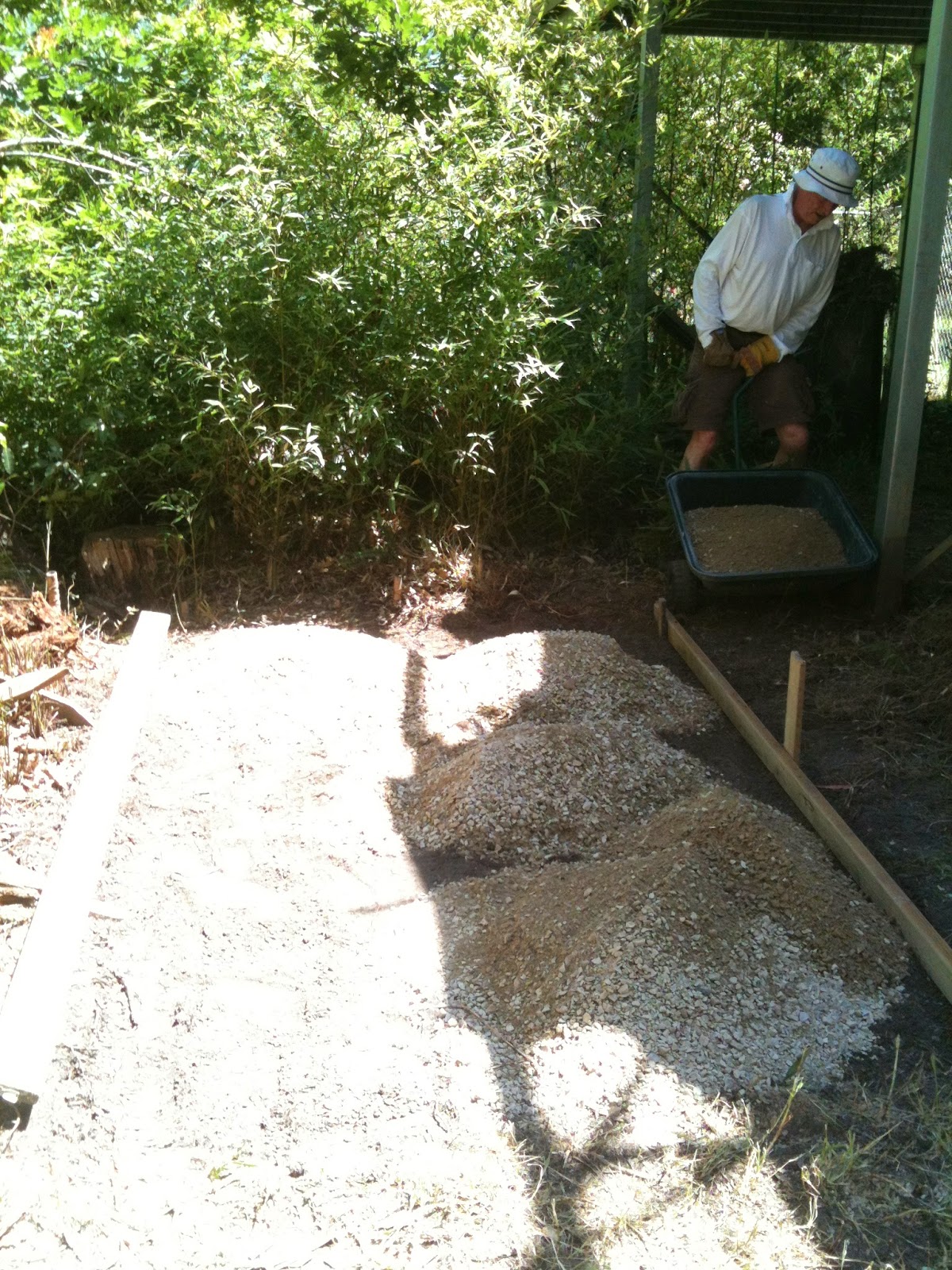 put down road base 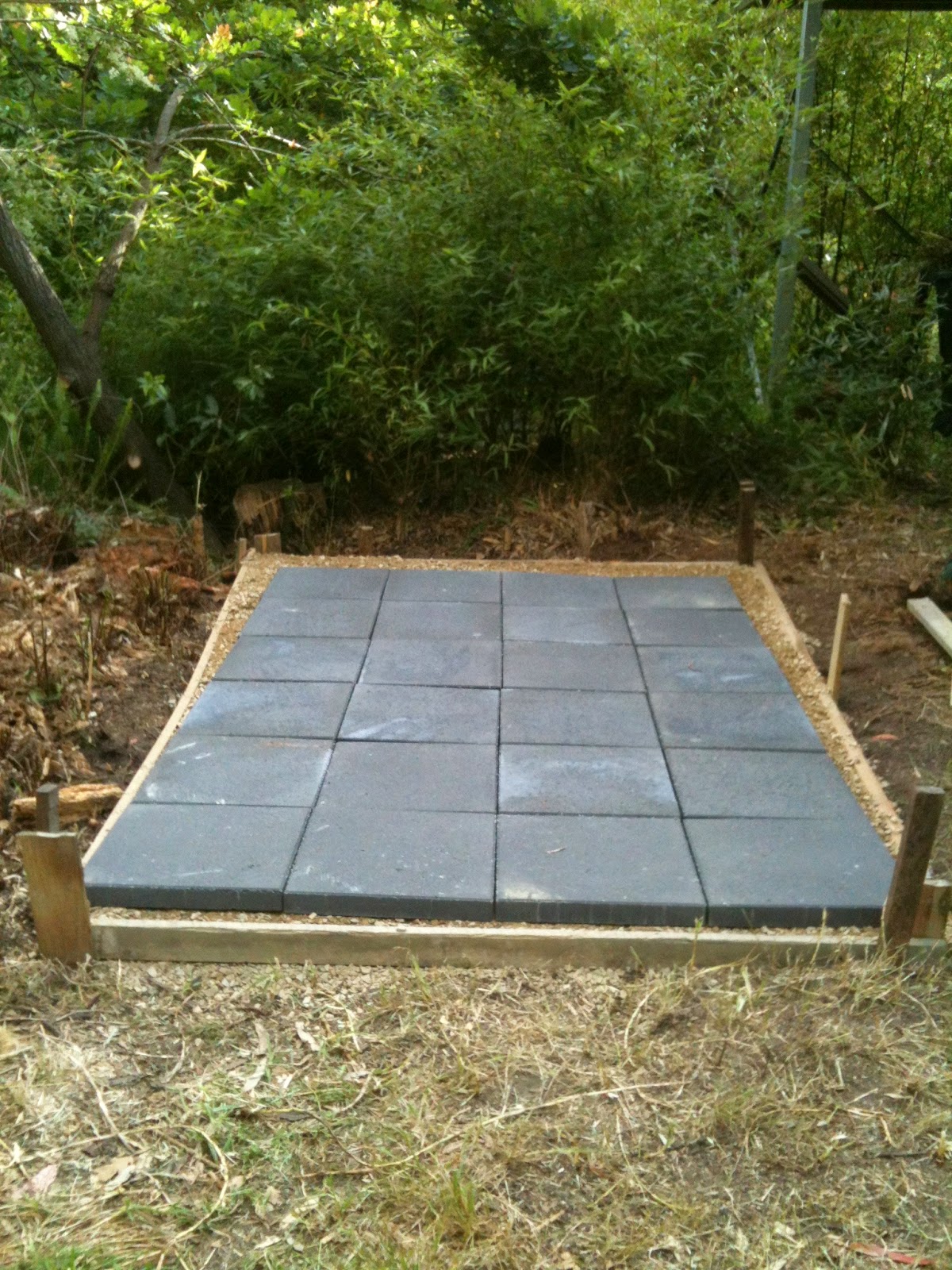 (We are not the best at this kind of thing.)

All in two days!
Exhausted but proud of ourselves
Not perfect but it was looking OK. 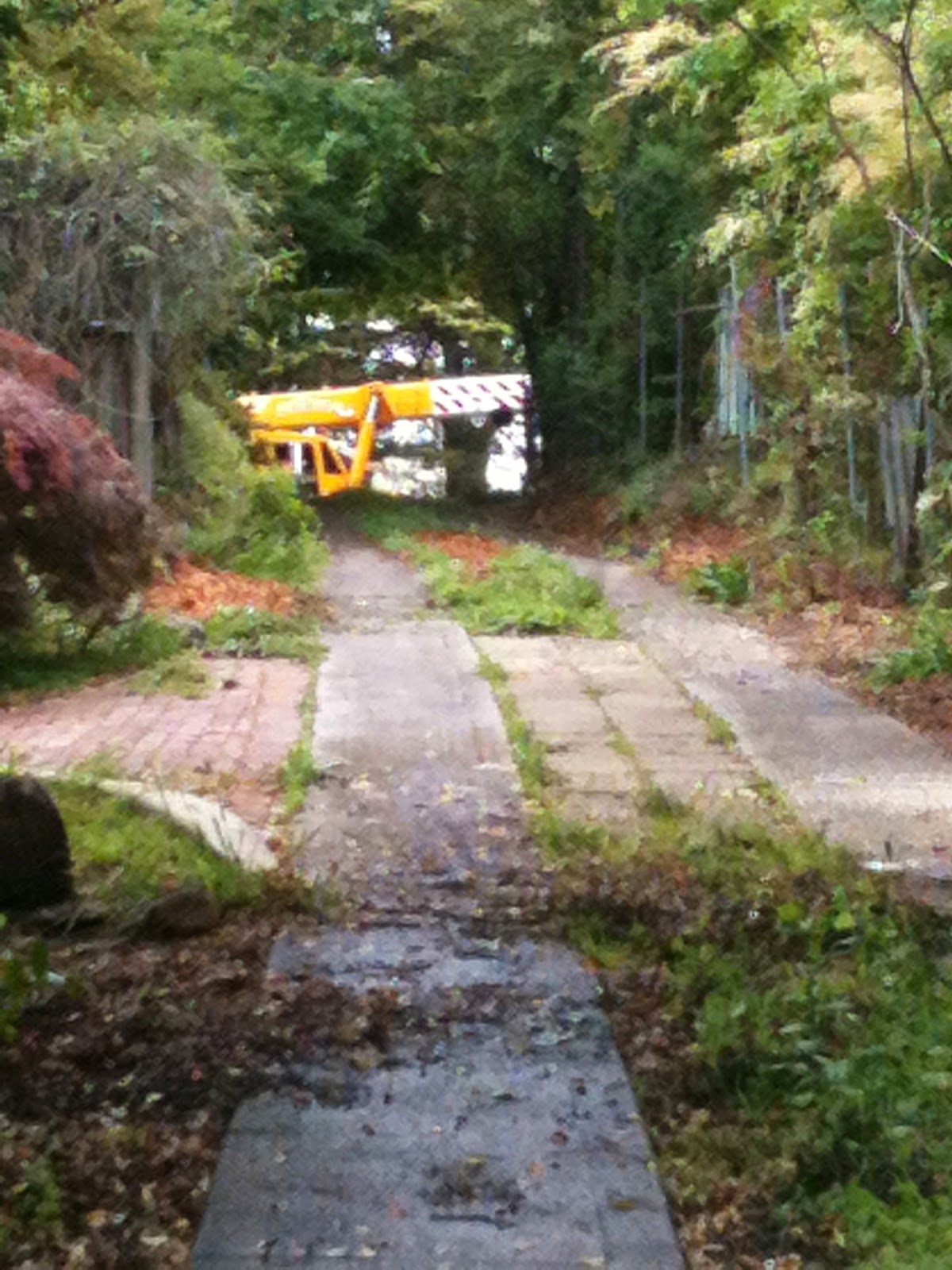 The truck couldn't fit down our driveway
so the crane had to carry it down slowly
and gently swinging it under our trees. 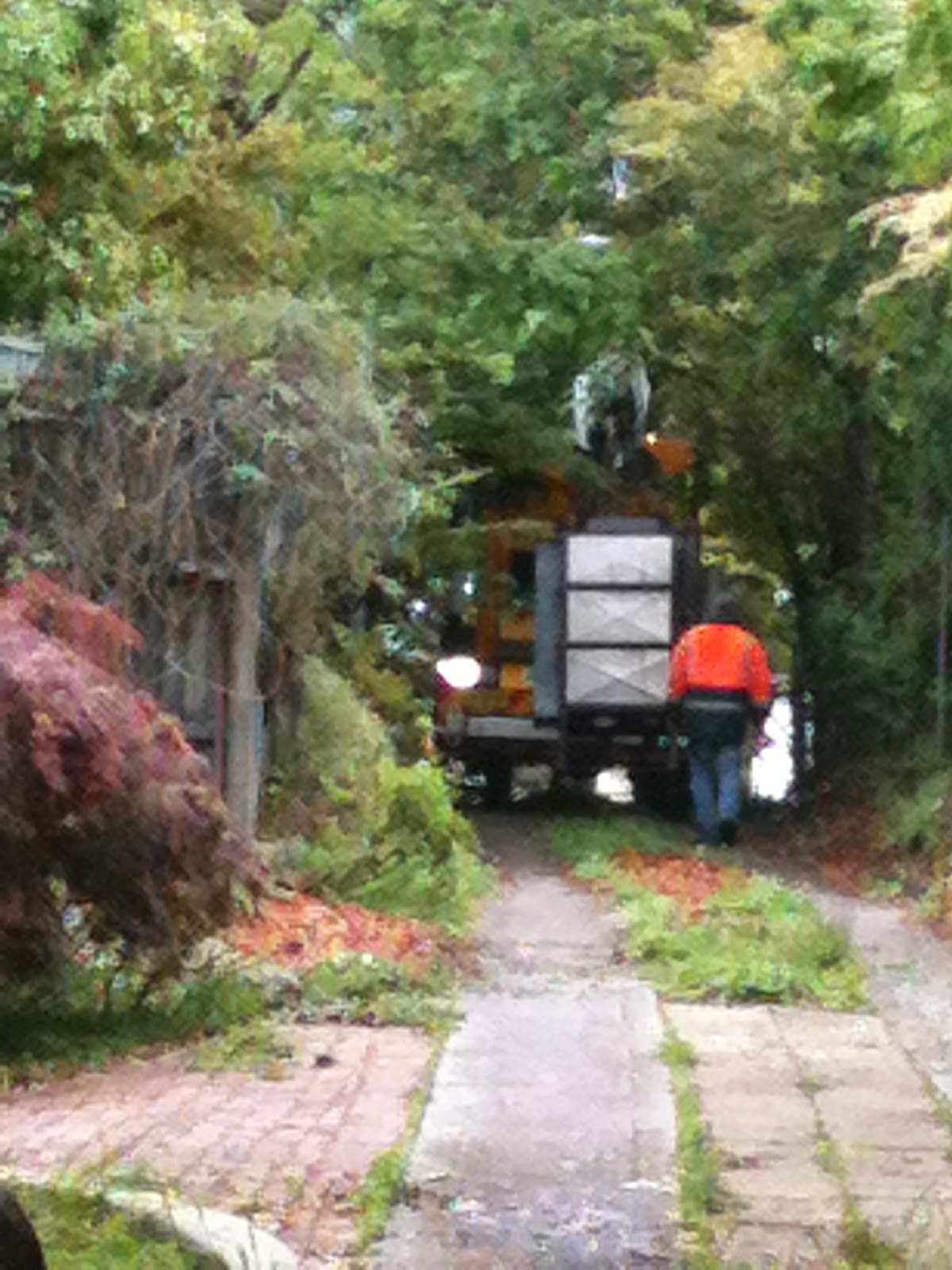 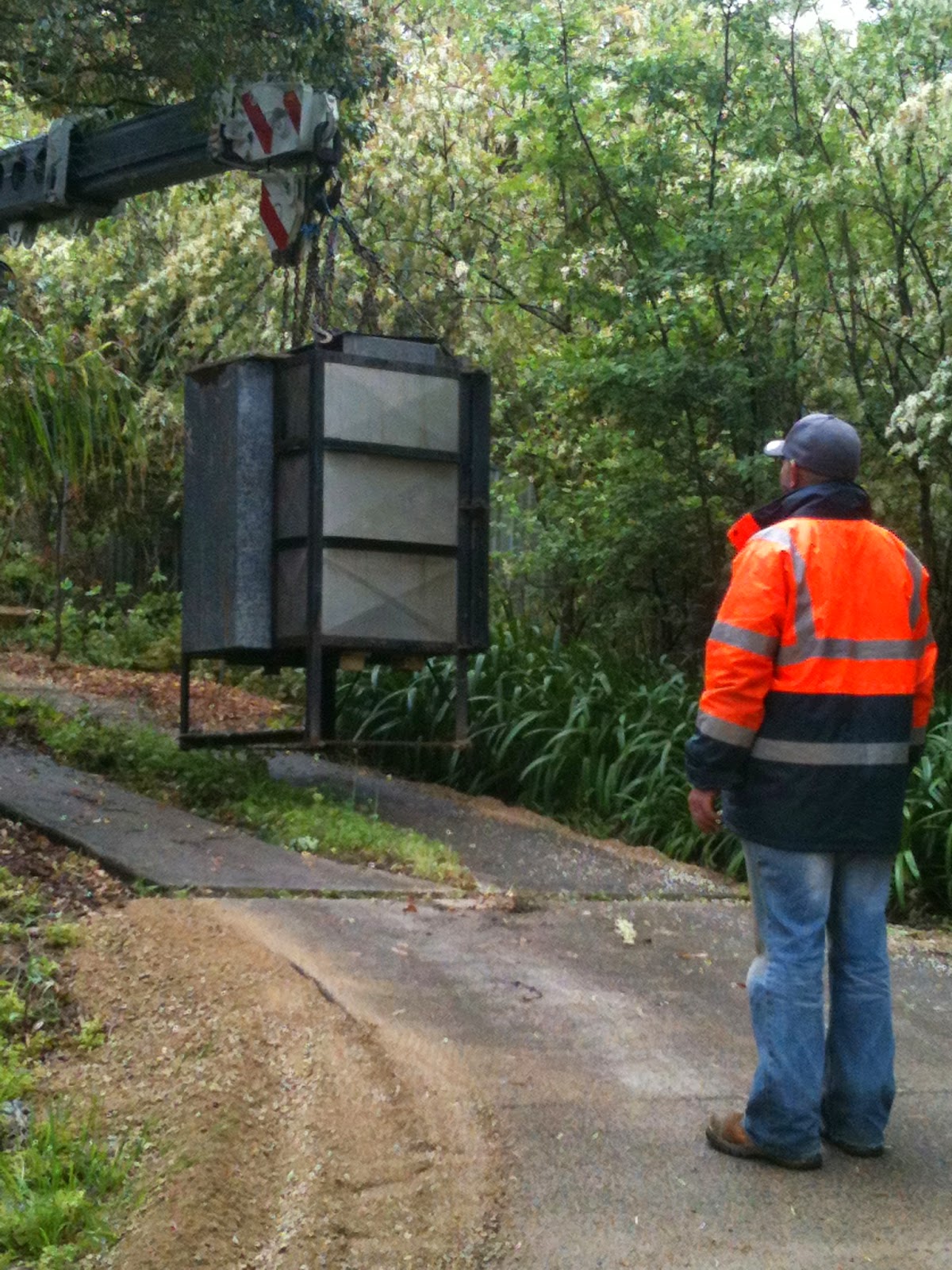 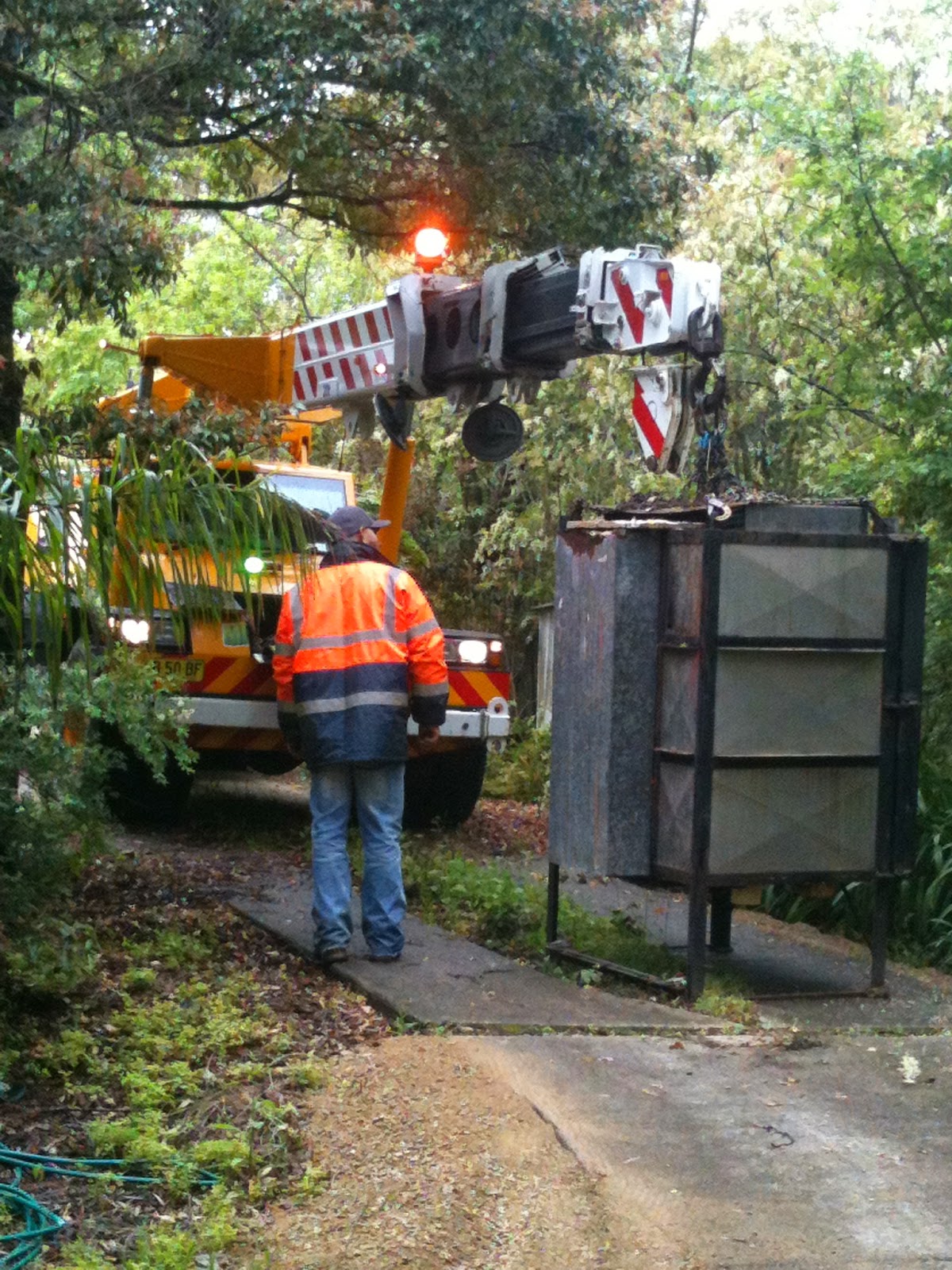 Until it was in place!
Nothing broken or even bruised,
a perfect landing. 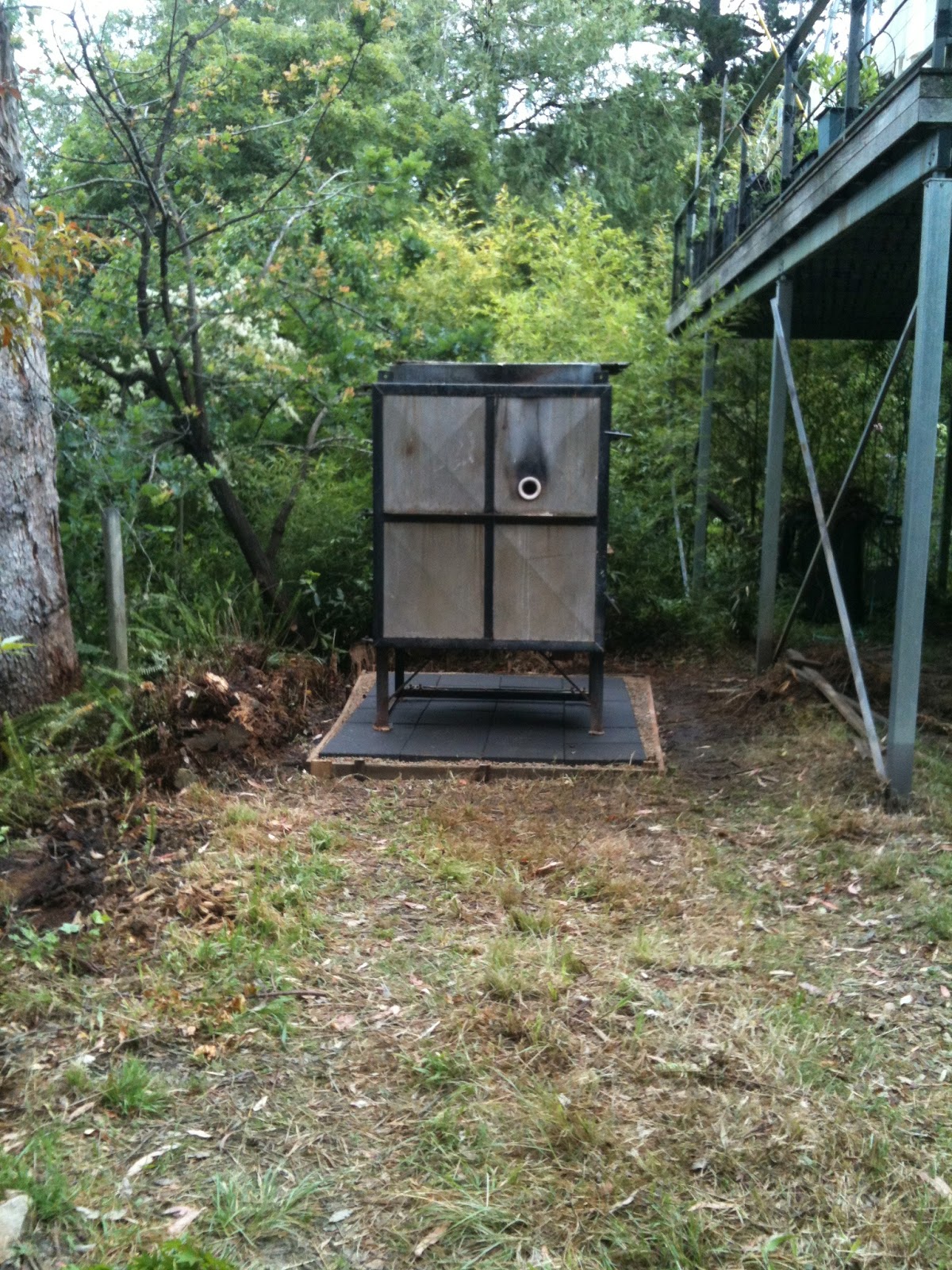 However…..
It will be a little while before she is working
I will need to save up for a roof,
clean up the burners
and then get the gas connected.
It all takes time and money
to get projects like these completed.

But this is a great start!

For the moment she is wrapped safely
in a heavy duty tarp.